This month's show started at a slow pace and at closing time only a total of 85 plants were entered for the show. Best Plant of the Show, a Vanda Kasem's Delight x Blitz's Heart Throb was entered by veteran grower, Mr Lee Tat Kuan.

Best Runner Up, was won by Mr Johnny Loh, with his Brs Summer Dreamer

This month's show was overshadowed by the Shah Alam Orchid Show and as their prize money was higher, many of our members sent their plants to Selangor. However, this apparent loss was compensated by one of our members, Mr. Liew Chee Seng winning both the

coveted Best Plant of the Show with his Dendrobium Hiroshi Takunaga and also the Best Species with his Phalaenopsis amboinensis. This clearly indicates the high standard of plants grown by our members 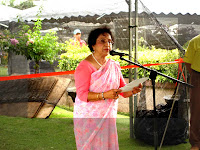 An orchid show was organised by our Society to commemorate Ipoh City Day and was held from 26th to 30th May 2010 at Ipoh Dataran (opposite MBI).

This show was opened officially by YB Dato' Hamidah Osman, Ahli Majlis Mesyuarat Kerajaan Ngerei Perak where a token cheque of RM5,000 was givento the Society. This amount was pledged to the Society at a function held during our Orchid Night Show in September last year. In her speech, she expressed her whole support for the orchid industry for Perak and pledged another RM5000 for year 2010.
Our society would like to take this opportunity to thank YB Dato' Hamidah Osman for this amount as this will help us to finance our monthly shows which in turn will generate more interest in reviving the orchid industry in Perak.

A proposal to turn an exisitng park in Gunong Rapat (front of Hillcity Hotel) to an orchid garden was also presented by our President Dato' Dr. Majumder to YB . This is a very ambitious project by our Society to create a garden with the likes of orchid garden in Kuala Lumpur and Singapore. This project will not only boost the local orchid industry but also bring in more tourist both locally and from abroad. 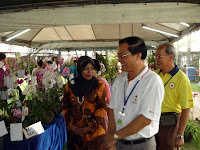 Apart from the orchid show, 12 vendors from Perak, Selangor, Johore, and Kedah brought in their orchids for sale. All vendors reported brisk sales especially during the last few days of the show.


During the show 10 new members joined our society and they are :

Congratulations to all of them and on behalf of the Perak Orchid Society, the committee want to accord a warm welcome to them.

A big thank you to all who have directly and indirectly helped in making this show a big success. 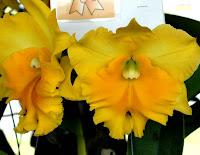 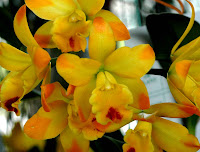 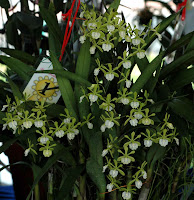 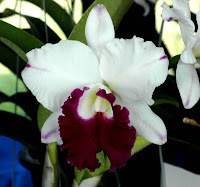