A two day show held at Arena Square, Batu Gajah in conjunction with the Karnival Wanita & Keluarga Perak 2011 on the 17 and 18 December 2011 was a total success. This annual carnival is for the betterment of economy for women and families in the state of Perak.
A total of 182 show quality plants were entered and the Best Plant of the Show was awarded to Mr. Cha Chuan Tuck with his entry of Dendrobium Candy Stripes x Den Doreen.
A total of 25 classes were opened and prizes were RM30: 20 :15 were given to the 1st, 2nd and 3rd prize respectively. Best Plant of the Show was given RM100 and Best Runner-up RM70. 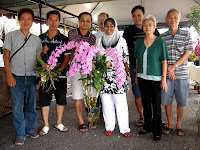 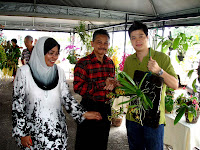 Best Runner up of the Show was awarded to Mr. Foo Yuk Weng, with his entry of Phalaenopsis cornu-cervi 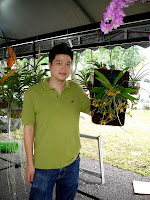 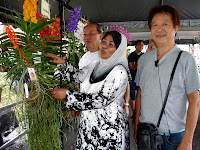 Prizes were given by YB Dato' Hamidah Osman and YB Dato' Haji Jamry bin Sury to the two big prize winners, followed by a tour of the show which was led by Leong Tuck Lock and Robert Ang. 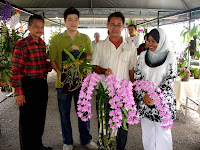 A few photograhs of enteries of the show is attached below. For more photographs please go to our Perak Orchiod Society facebook.